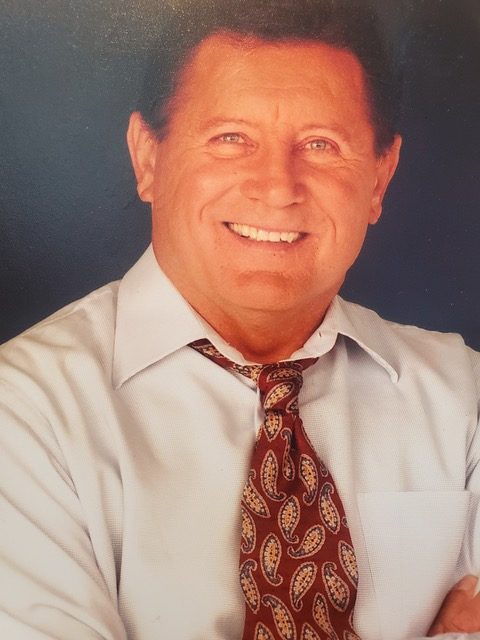 This article was originally posted to The Hornet by Fullerton College.

Perceptive Fullerton residents may have noticed the Fox Theatre sign illuminated recently, displayed in all of its nostalgic glory. The chain-link fence still guards the courtyard and access to the building remains off-limits to the public, but there is a buzz in the air that the building may soon be restored. The buzz is intentional.

The Fox Theater still has a long way to go before it can open to the public, but a lot of progress has been made. Photo credit: Dustin Malek

Steve Forry, the newest member of the Fullerton Historic Theatre Foundation and executive director of the board, said, “I want people to know this is a living building, It’s not dead.”

It’s a reminder that in a city full of history there is perhaps a no more iconic building than the Fox Theatre. The building isn’t dead, but it was close to it, and it’s been a long road back to life.

Fullerton residents protested the structure, and three days later Backs assured the public that the sheet iron structure was only temporary, and construction resumed. Although it was the first-time citizens of Fullerton would rally to support the theatre. It would not be the last.

With the used car salesmen issues in the rearview mirror, construction forged ahead and on May 28, 1925, Chapman’s Alician Court Theatre opened to a packed house. Patrons were treated to entertainment, including vaudeville acts and the silent movie Dick Turpin, starring Tom Mix.

Nearly 100 years later, the Fox Theatre’s history has grown in ways C. Stanley and Alice Ellen Chapman would have probably never imagined. It’s had four name changes, several different owners and in 1987 was shuttered and left for dead.

The Fox theater had changed ownership 4 times and was abandoned by 1987. Photo credit: Courtesy of the Local History Room, Fullerton Public Library

Through the force of the community and the Fullerton Historic Theatre Foundation which formed in 2001 and acquired the building in 2004. The Fox Theatre has managed to survive. Today the foundation continues the mission. The goal is to have the theatre ready for a grand re-opening on its century birthday in 2025.

Forry envisions a roaring 20’s theme and a red-carpet treatment for every guest. Making that a reality will require more than just hard work. It requires fundraising.

“The foundation of fundraising success is community engagement,” Forry said.

The further along restoration is, the more fundraising events the theatre can hold. It’s a momentum that the foundation believes it will capture soon.

The foundation hopes to break ground on what they call phase II of the restoration.

“Over the years we’ve been able to do the seismic retrofitting, we got all the sprinklers in. A lot of the heavy structural stuff was done in the first phase, the second phase is not going to be finishing it, it’s going to be enough for us to get the doors open so we can hold more events,” said Board President Brian Newell.

Whether the restoration is complete by 2025 remains to be seen but regardless of when the theatre is finally restored it will be a special venue for the community. There is a future where a person could attend a rock concert Friday night, a comedy show on Saturday and a classic movie showing on Sunday. All at the Fox Theatre.

Most of the structural work is being finished up on the interior. Once completed they will be able to begin working on phase II of the project. Photo credit: Dustin Malek

It’s been a long, strange trip for the Fox Theatre but one that the foundation is committed to seeing to the finish line.

“You do start to worry when you’re in an empty place like this year after year, are we making a difference, are we going to do anything with this, are people going to care when we’re done with this and the answer is, they will.” Says Newell.